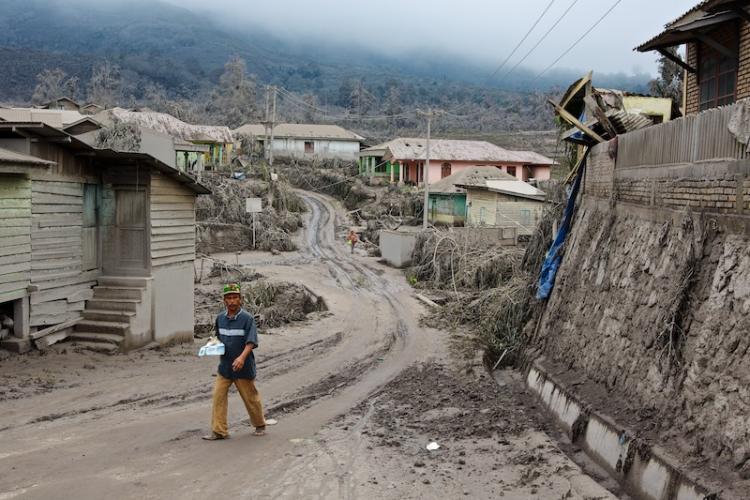 The eruption of Mount Sinabung on Saturday, January 3, 2015 halted activities in the districts of Tiganderket, Payung and Lau Balang. Pyroclastic flows reached as far as 4 km south of the volcano while the volcanic ash reached up to 3 km into the sky.

According to The Jakarta Post, Saturday's three hour long eruption produced a total of 11 pyroclastic flows which affected the three districts located southwest of the volcano, completely covering the area with thick layers of volcanic ash. Thousands of residents were forced to flee their homes.

Armen Putra, the head of Mount Sinabung observation post, reminded people to exercise caution, especially those residing within the hazard zone of a 3 to 5 km radius from the crater of the volcano. He added the volcanic ash from the volcano reached as far as 34 km to the border of North Sumatra and Aceh.

This volcano was dormant, with no confirmed eruptions in the historical record, until 2010 when a brief burst of activity in August and September caused the temporary evacuation of about 30 000 nearby residents. On September 15, 2013 fresh gas and ash plumes marked the arrival of a new series of eruptions which continue to date.

Sinabung claimed its first victims on February 1, 2014 when its pyroclastic flows killed at least 14 people and severely burned 3 others. 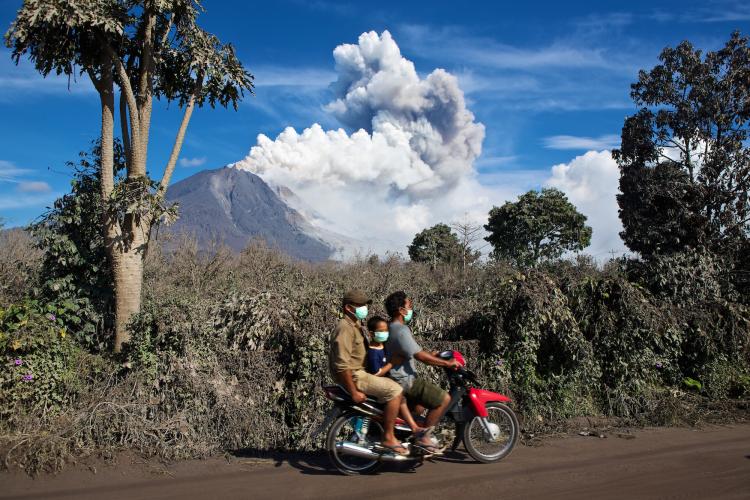 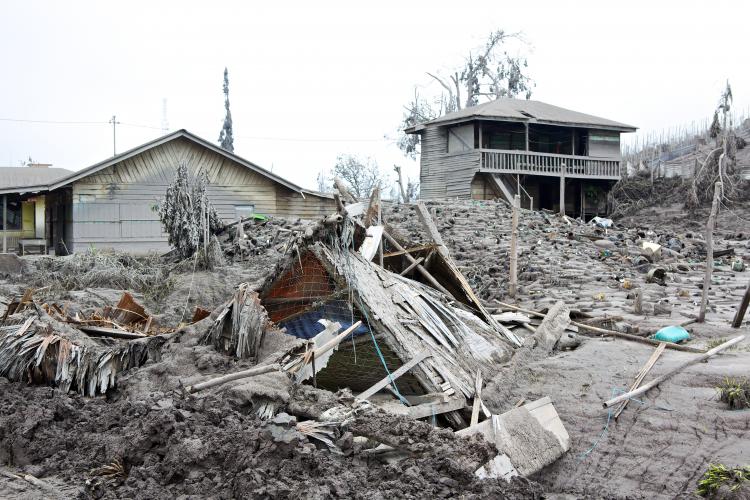 Roofs and houses collapse under the massive weight of... 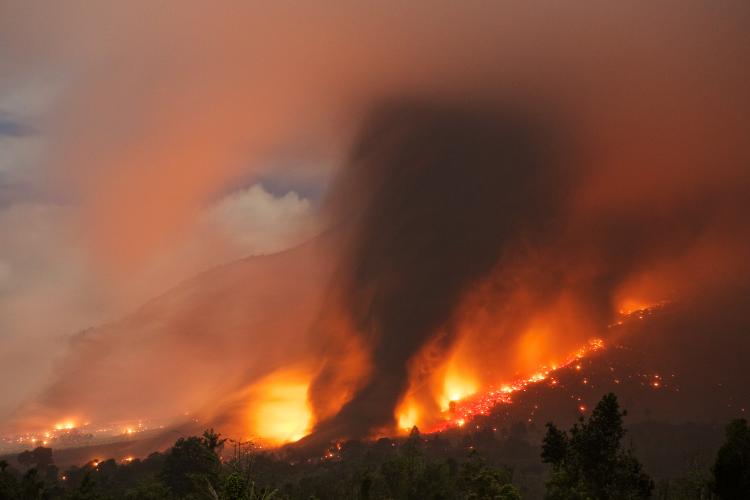 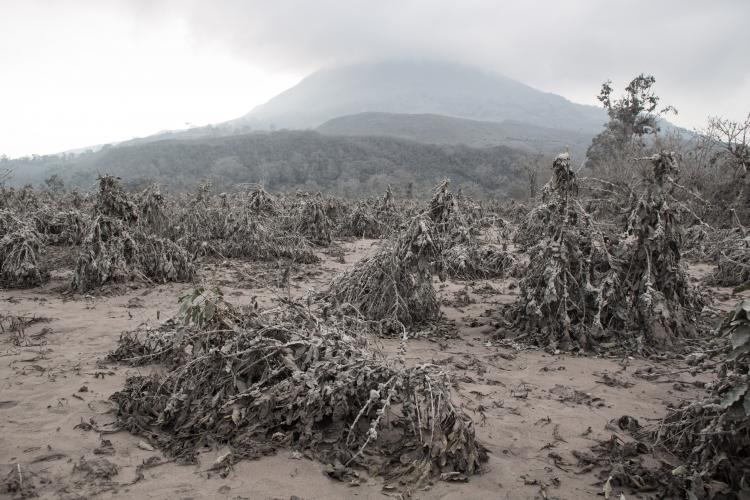